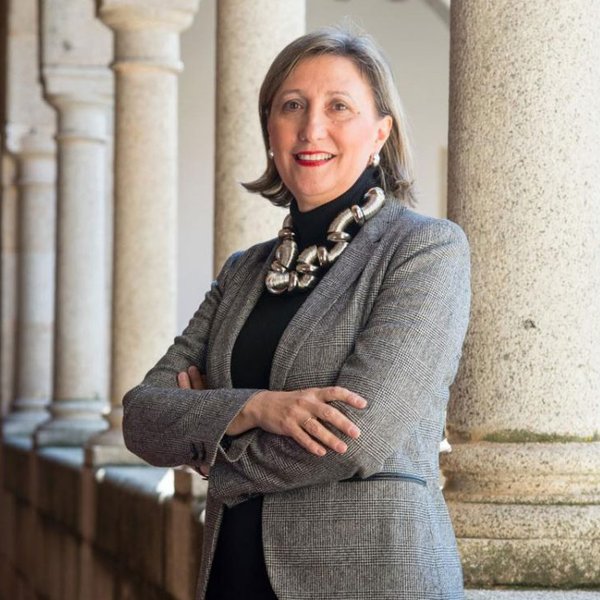 Trinidad Nogales Basarrate ORCID: 0000-0003-4831-9611 is a Spanish archaeologist, director of the National Museum of Roman Art of Mérida.
She obtained her PhD in Archeology from the University of Salamanca and was awarded the Extraordinary Doctorate Prize in 1992 for her dissertation titled Sculpture Romana emeritense: the private portrait, supervised by Pilar León Alonso . Since 1979 she has carried out her research in the National Museum of Roman Art, obtaining the first position of curator in 1985. She holds memberships in the Royal Academy of History in Madrid, the Academy Fine Arts of Santa Isabel of Hungary in Seville, and German Archaeological Institute in Berlin. From 2011 to 2015 she was Minister of Education and Culture of the Junta de Extremadura.

She has taught at the University of Paris IV, La Sorbonne, the University of Extremadura, the Complutense University, the National University of Distance Education, as well as visiting professor in various postgraduate courses in different Spanish and international universities, including Barcelona, ​​Seville, Córdoba, Santiago de Compostela, Murcia, the University of South California, and the Universities of Lisbon and Evora.
As an archaeologist, she was on the excavations at Hadrian's Villa at Tivoli as part the Pablo de Olavide University of Seville's team under the direction of Dr. Pilar León Alonso.