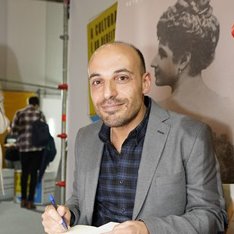 Diego Piay Augusto (Pontevedra, 1979) is associate professor of Ancient History at the University of Oviedo and, simultaneously, has worked as an archaeologist for over twenty years, directing archaeological interventions and taking part in emblematic excavations such as Pompeii or Piazza Armerina. He is the author of the book El priscilianismo. Arqueología y prosopografía. Estudio de un movimiento aristocrático en la Gallaecia tardorromana (L'ERMA, 2018) and María Vinyals, the woman of the future. Seven lives under the shadow of a castle (Alvarellos Editora, 2019). He obtained his doctorate in 2016 at the University of Santiago de Compostela with an outstanding cum laude mark and also received a special doctorate award. Numerous papers published in national and international journals, in which archaeological sources have always enjoyed a main role, certify his work as a researcher.