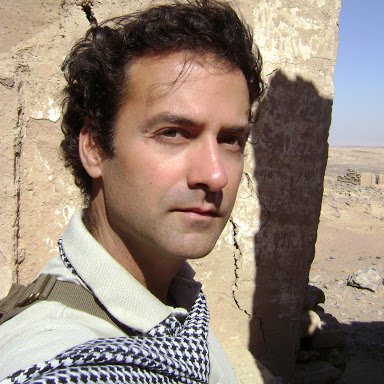 Rogério Sousa is Professor of Egyptology and Ancient History at the Faculty of Humanities of the University of Lisbon. He has been studying coffin decoration during the 21st Dynasty from an art historical perspective, focusing into the principles of composition, symbolism and social significance of coffins in Thebes. Currently he coordinates the Gate of the Priests Project aiming at the inventory and integrated study and publication of the objects found in the Tomb of the Priests of Amun (Bab el-Gasus) in Thebes. Under this project he has been studying an extensive collection of objects dispersed around the world. He is Co-Editor of the ‘Gate of the Priests’ Series; Publishing House: Brill Publishers, Leiden. Over the last years he has published a number of works in this domain: The Tomb of the Priests of Amun. Burial Assemblages in the Egyptian Museum of Florence Gate of the Priests Series Volume 1 (Brill, 2018); Gleaming Coffins. Iconography and Symbolism in Theban Coffin Decoration (21st Dynasty): Vol. I: The Sheltering Sky (Coimbra University Press, 2018); Gilded Flesh: Coffins and Afterlife in Ancient Egypt (Oxbow, 2019); Burial assemblages from Bab el-Gasus in the Geographical Society of Lisbon (Brepols, 2017); Body, Cosmos & Eternity: New Research Trends in the Symbolism of Coffins in ancient Egypt (Archaeopress, 2014).

Rediscovering the Tomb of the priests of Amun