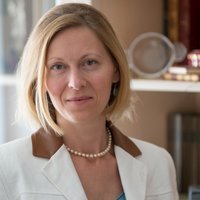 Vittoria Feola is Assistant Professor of Early Modern History at the University of Padova. She earned her PhD in History from Cambridge University (2005). She has held postdctoral fellowships and lecturerships in Brussels (2005-08) and Vienna (2009-14). Between 2015 and 2017 She was Senior Visiting Research Associate at MEHRC, Oxford University, on a Gerda Henkel Stipendium. Previous visiting posts include the Institute of English Studies, University of London, and the University of California, Rome Center. Notions of mobility are crucial to her fields of enquiry in many ways. On the one hand she work on mobility, violence, and antiquarianism in early modern England. After publishing two books and several essays on the relationship of antiquarianism to science through the case study of the Oxford antiquary Elias Ashmole (1617-92), she is now researching the relation of violence to practices of collecting and perceptions of the past in England, 1570-1660; looking at the ways in which things, which were primarily or exclusively considered as religious, such as devotional images, relics, and religious texts, acquired new meanings among communities of antiquaries and scholars as a reaction or consequence of violent actions or threats to them. On the other hand, the mobility of Padua University alumni and their texts in vernacular translations are of great interest for her. She particularly looks at measurable ways to assess the impact of the mobility of Paduan medical works in seventeenth-century England.

She is the President of Scientiae, an international community of early modern intellectual historians working in innovative, multidisciplinary ways - scientiae.co.uk. She is on the editorial boards of two book series which reflect her interests, namely, the Scientiae series in the history of knowledge at Amsterdam University Press, as well as the History of Medicine book series for L’Erma di Bretschneider, Rome

Scientiae in the History of Medicine

This volume collects essays dealing with the history of medicine in early modern Europe, and ranging from experiments and practices to the role of erudition in court-medicine, from the study of tarantism and plagues to the uses of drugs, from the collaborations and dissemination of medical knowledge to the epistemological classification of diseases...
Storia della Medicina, 04
2021, pp. 334
ISBN: 9788891320186