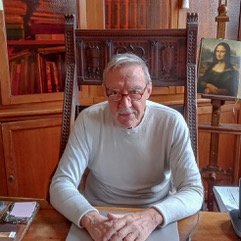 Salvatore Lorusso ORCID:0000-0002-4578-5855 is a former full Professor of the University of Bologna. He is a Foreign Member of the Russian Academy of Natural Sciences; Emeritus Professor of the Cultural Heritage Institute of Zhejiang University, China; former Visiting Professor of the Academy of Social Science of Zhejiang University, China; Visiting Professor of the Faculty of Arts, Lomonosov Moscow State University, Russia; former Vice-president and now, a Councilor of the Società Italiana per il Progresso delle Scienze (SIPS-established in 1839). Direttore Generale of the Accademia della Cultura Enogastronomica. His biography appears in the 2016 Marquis Edition of Who’s Who in the World. He is the founder and director of two book series relating to the specific issues pertaining to the sector of cultural and environmental heritage. He is the author of over 430 publications in national and international journals and of 22 volumes and monographs covering commodity science, cultural heritage and environment. In 1997, he founded the Diagnostic Laboratory for Cultural Heritage at the Ravenna Campus of the University of Bologna and remained head of the Laboratory for eighteen years. In 2001, he founded and is Editor-in-Chief of the historical-technical Journal "Conservation Science in Cultural Heritage". His scientific work deals mainly with the study of the “system-artifact-environment-biota” and diagnostic, analytical, technical and economic evaluation within the context of the protection and valorization of cultural and environmental heritage.

This volume is a masterful work heralding a new way to study a painting in the most objective manner. Investigating the subject of whether the Louvre painting is not the first but a later portrait of Mona Lisa...
L'ErmArte, 31
2022, pp. 136
ISBN: 9788891325839

This is certainly an unusual volume whose particularity is its content which, as would be expected, does not present the thread of one unique theme with related issues running throughout, but instead brings together twenty...
Conservation Science in Cultural Heritage
2021, pp. 224
ISBN: 9788891321480

The contents of the book can be traced preliminary to a historical overview of the regulatory situation regarding the safety of cultural heritage in Italy and internationaly, with a consequent discussion of procedures...