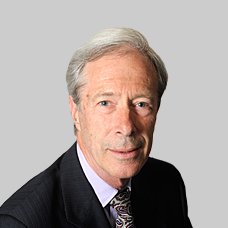 Sir John Shepherd was born in Edinburgh during the Second World War. He lived much of his childhood in Rome, though attending schools in England. His MA at Cambridge in Languages (French and German) and Economics was followed by post-graduate study of Development Economics at Stanford University in California. He also speaks Italian, and has learned Arabic and Dutch. His career in the Diplomatic Service included two spells in Rome, including as Ambassador (2000-2003); he served as Ambassador in Bahrain (1988-1991), Minister in Bonn (1991-1996) and was then on the Board of the Foreign Office until 2000. In “retirement” he became Founding Secretary-General of Global Leadership Foundation (2004-2006).