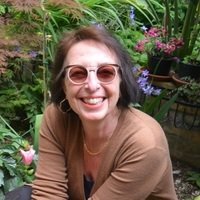 Florike Egmond is is a Dutch historian living in Rome. Since 2004 she has worked at Leiden University as a researcher in projects on the early modern natural sciences. She publishes widely in the field of early modern natural history and its overlaps with the history of collecting, medicine, science and communication. One of her special interests concerns the visual history of science, the circulation of visual knowledge, and the role of coloured drawings in scientific communication. Her publications include: Eye for Detail. Drawings of plants and animals between art and science, 1500-1630 (2017); and The World of Carolus Clusius. Natural History in the Making, 1550-1610 (2010); and the Gessner-Platter animal drawings: Conrad Gessners Thierbuch. Die Originalzeichnungen (2018).

Scientiae in the History of Medicine

This volume collects essays dealing with the history of medicine in early modern Europe, and ranging from experiments and practices to the role of erudition in court-medicine, from the study of tarantism and plagues to the uses of drugs, from the collaborations and dissemination of medical knowledge to the epistemological classification of diseases...
Storia della Medicina, 04
2021, pp. 334
ISBN: 9788891320186