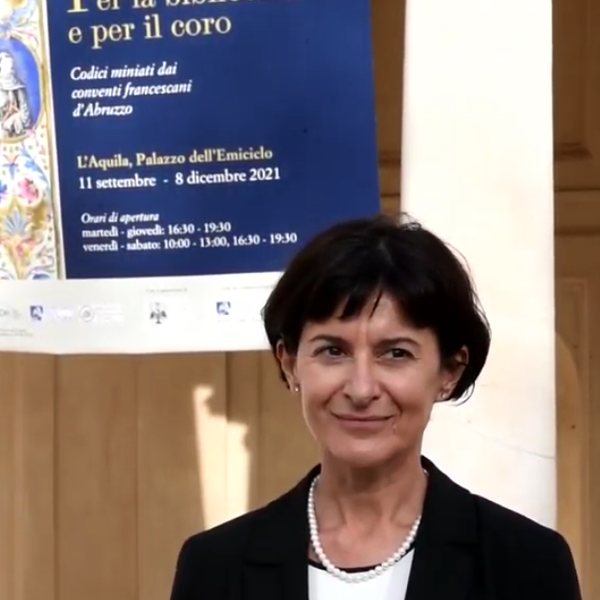 Cristiana Pasqualetti ORCID:0000-0002-0676-6985 is an Associate Professor in Medieval Art History at the University of L’Aquila, Department of Human Studies (awarded as a Department of Excellence, 2018- 2022). She studied at the Universities of Rome Tor Vergata and Naples Federico II, where she obtained her PhD in 2002. 2015 Scientific Guest at the Kunsthistorisches Institut in Florenz - Max-Planck-Institut. 2014 Visiting Fellow at the Houghton Library - Harvard College Library, and Scientific Guest of the Summer School of the Kunsthistorisches Institut in Florenz. 2011 Scholar in residence at the Getty Research Institute, Los Angeles. Her research interests include Medieval Art History in Central and Southern Italy, illuminated manuscripts, artists’ technical treatises and recipe books, iconography of the saints. Her articles have appeared in books and scholarly journals such as «Prospettiva» and «Rivista di Storia della Miniatura». In 2011 she published the critical edition of the “De arte illuminandi” based on a recently discovered manuscript copy of the late-medieval treatise on colors for illuminators.