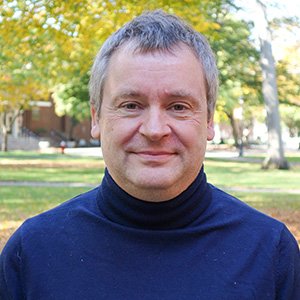 Erik Thunø is Professor of Medieval Art. His research focuses on early medieval European art, particularly reliquaries, icons, and monumental imagery in Rome, but he has also worked on thirteenth-century Rome, European altar frontals, and miracle-working images of the Late Middle Ages and Renaissance. A second area of focus is medieval art of the South Caucasus region (Armenia and Georgia) with particular emphasis on cross-cultural features and historiography. By linking his objects of research with their viewers, materials, inscribed texts, and the rituals surrounding them, Professor Thunø is primarily concerned with the dynamics by which medieval visual culture made the visible world intersect with its invisible counterpart.

In the Late Middle Ages and Renaissance.

The author thoroughly explores three objects that could be justly deemed among the most important works of art created in the Carolingian period. Commissioned as part of what was apparently a coherent papal project of art production in support of the cult of saints and relics, the objects were made for the most prestigious location in all of Western Christendom, the Lateran altar...
Analecta Romana Instituti Danici. Supplementa. (L'Erma), 32
2002, pp. 287
ISBN: 9788882652173