Dialoghi in Curia. Presentazione del volume “From Pen to Pixel. Studies of the Roman Forum and the Digital Future of World Heritage 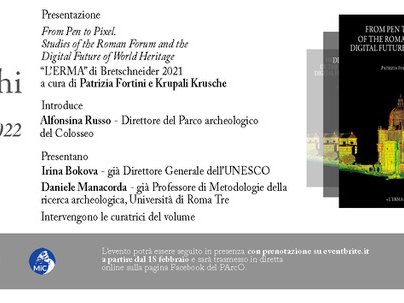 These may be of your interest

The Lost Art of Drawing.